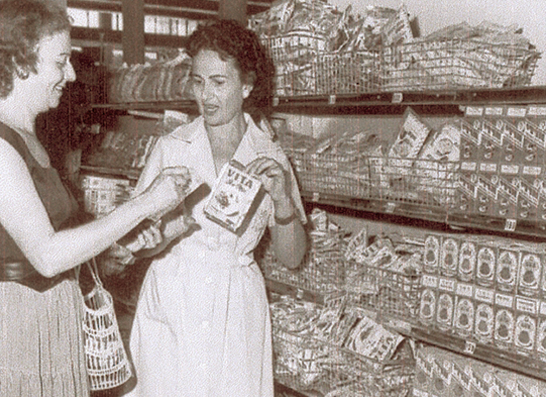 An innovative idea – a modern supermarket in Israel

Tel Aviv in 1956: low-rise, oriental-style buildings alongside Bauhaus structures, small family businesses, and the Austerity Period, which followed the birth of the State of Israel. From this scene emerged Ben-Zion Ben-Haim - a young entrepreneur with a revolutionary idea: a modern supermarket in Israel like the ones which existed only in the United States and Canada at the time.

Like entrepreneurs of our time, Ben-Haim sought investors to turn his idea from dream to reality. His first step was to obtain a list of Jewish supermarket owners and senior executives in North America from the US-based Food Marketing Institute (FMI). With this list in hand, he approached the Minister of Trade and Industry, Pinhas Sapir to ask for a scholarship to study, in the United States, how to manage a modern supermarket. Sapir referred him to the scholarships director - Haim Feinberg.

At that meeting, Ben-Zion Ben-Haim and Haim Feinberg realized they shared the same revolutionary idea! Haim Feinberg also shared the idea with Ministry of Health industrial engineer Yehiel Hordes. The three men met the very same day and decided to found a new company for a self-service supermarket chain in Israel.

Founded in 20 December 1956, the chain was named Shufra-sal to reflect its three founders’ vision: a modern supermarket chain that would offer top quality products. The name was derived from the Aramaic idiom “shufra deshufra”, which means “of the highest quality” and the word “sal” in Hebrew, which means “basket”. Launching the chain required significant initial capital. To achieve their dream, the three entrepreneurs headed for the United States for three months, to locate investors. They met dozens of potential investors, and, following a long process, recruited ten, each of whom agreed to put $25,000 into the project.

When the Shufra-sal pioneers returned to Israel, word of their revolutionary venture reached Prime Minister David Ben-Gurion. The latter favorably viewed the effect of a modern supermarket on the Israeli economy and immediately decided to assist the company’s founders. He referred the entrepreneurs to the chairman of Israel Bonds in Canada, a Jew by the name of Bertram, who also shared the entrepreneurs’ dream. The next day, everyone met at Hasharon Hotel in Herzliya, resulting in the formation of a group of Canadian investors, which also invested in the project.

The hard work paid off. The money raised was sufficient to establish the first branch, which opened in August 1958 at 77-79 Ben Yehuda Street in the heart of young Tel Aviv. A modern supermarket in central Tel Aviv was a novelty, which consumers embraced with enthusiasm - more than 2,500 shoppers turned up on the first day of business. Local consumer behavior patterns changed quickly, with convenient shopping at the supermarket becoming an everyday norm.

Although the supermarket naturally fitted in with the shopping habits of the Israeli consumer, keeping the business going was not easy. To fill the many shelves of the big store, which covered a large area, suppliers and manufacturers had to deliver far more goods and in much greater variety than ever before.

The challenges have changed over the years, but the effect of the chain on Israeli society is written in history: Shufersal revolutionized the Israeli consumer market, bringing the country closer to global consumer standards. 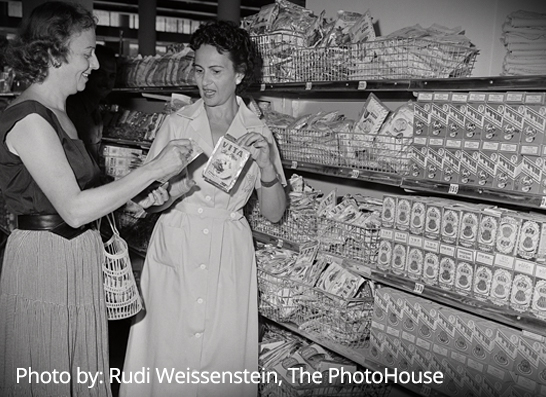 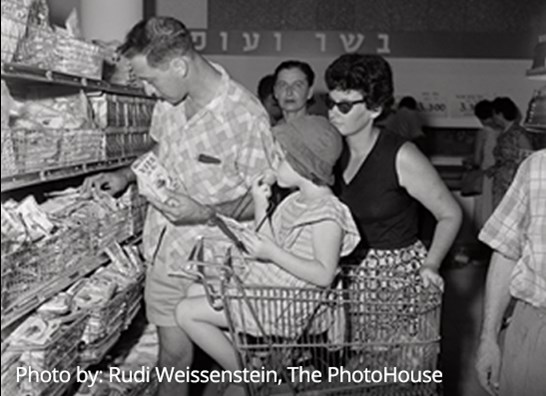 The revolutionary initiative that resulted in the founding of Shufersal continues to this day, expressed - decades later - in unrelenting creativity and innovation in every area of the Company’s business.

1966 - manufacturers print their brand names on plastic bags in Israel for the first time.

1977 - discounts sell: direct mailing of coupons and coupons printed locally in newspapers for the first time.

1978 - heading north: the opening of the first big store outside a city, at the Check Post junction in Haifa.

1980 - in the major leagues: Shufersal holds its IPO on the Tel Aviv Stock Exchange.

1981 - the end of an era: the first branch – Shufersal Zahala - is computerized.

1983 - home cooking comes to the supermarket: prepared foods and the aromas of home at the deli counter at Shufersal in Kfar Saba.

1984 - the aroma of freshness: the first in-store bakery.  For the first time, bread and baked goods are sold hot out of the oven.  Customers won’t leave the supermarkets because of the fantastic aromas.

1985 - round-the-clock: the supermarket at the Ayalon Mall stays open 24 hours a day to provide a solution for night owls.

1989 - Telesal: the entire supermarket is a phone call away.

1992 - continuing to work for the environment: bottle recycling machines and carton shredders.

1994 - Going overseas: Shufersal becomes a partner in a supermarket chain in Hungary.

a Discount Bank branch opens inside a Shufersal branch;

the Supercard customer club is launched.

1997 - Shufersal gets a Green Card: a public offering in New York, where the share is traded until December 2003;

The Cosmos mega-store chain is launched, pioneering the one-stop-shop principle in Israel.

The family expands: Kiryat Shufersal (the Shufersal campus) is established in Rishon LeZion - featuring the first logistics center for distributing goods to the company’s branches.

2001 - record profits: a major source of pride at the company.

Acquisition of the Clubmarket supermarket chain;

The Shufersal Deal chain is launched, under the “Every Day Low Price” concept.

2006 - thinking big: Shufersal Big is launched as a one-stop-shop hypermarket;

The Shufersal credit card is launched;

The neighborhood supermarket chain, Shufersal Sheli (My Shufersal) is launched;

2012 - airing out the closet and getting a new look – the Shufersal Sheli format is rebranded to include the name of the town or neighborhood;

2013 - Shufersal goes online: Shufersal Yashir (Shufersal Direct) is replaced by the Shufersal Online website, which is launched together with a mobile app.

The family continues to grow: Shufersal inaugurates its temperature-controlled Logistics Center at Shoham, one of the most sophisticated centers of its kind in the world.

2017 - Enhancing our Pharma sector Shufersal acquires New-Pharm as a subsidiary.

2018 - Shufersal marks its 60th anniversary With a host of events for the company's customers and employees.